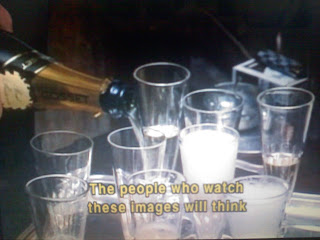 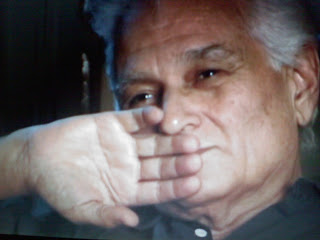 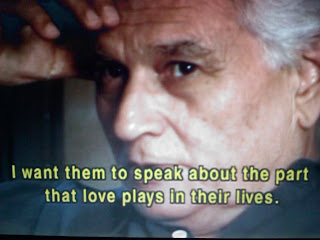 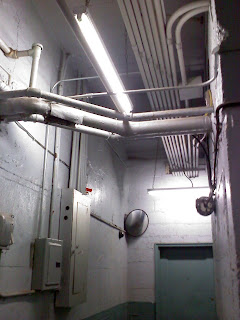 There we were
talking the talk

A pre-fab funicular
version, then re-

had MARKED THE
SPACE, traversing
the brain-blood barrier

Tagging the toxic
plaques, we talk---So what

If it all merely hangs
together: 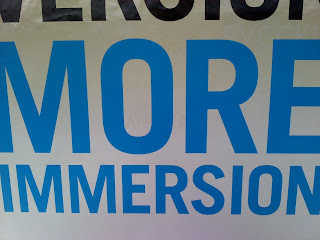 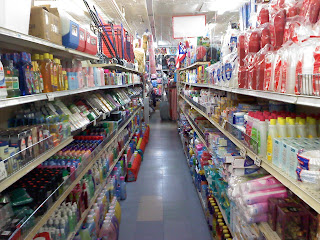 THE MOON IS THE NUMBER 18, by Charles Olson

is a monstrance,
the blue dogs bay,
and the son sits,
grieving

is a grinning god, is
the mouth of, is
the dripping moon

and there is nothing he can do but what they do, watch
the face of waters, and fire

The blue dogs paw,
lick the droppings, dew
or blood, whatever
results are. And night,
the crab, rays round
attentive as the cat to catch
human sound

The blue dogs rue,
as he does, as he would howl, confronting
the wind which rocks what was her, while prayers
striate the snow, words blow
as questions cross fast, fast
as flames, as flames form, melt
along any darkness

Birth is an instance as is host, namely, death

The moon has no air

In the red tower
in that tower where she also sat
in that particular tower where watching & moving
are,
there,
there where what triumph there is, is: there
is all substance, all creature
all there is against the dirty moon, against
number, image, sortilege---

alone with cat & crab,
and sound is, is, his
conjecture 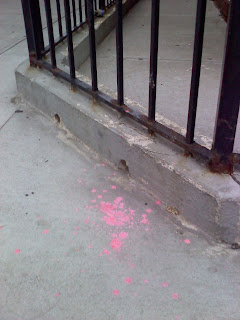 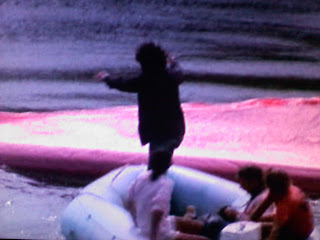 is a movement---
fevered or forlorn

away with & evacuate
the premises, that

of, not some place
or other.
Posted by John Harkey/Felix Fardo at 9:39 AM No comments: 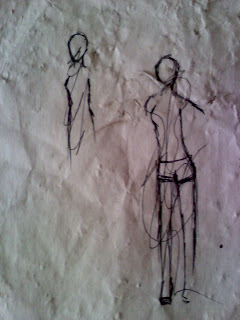 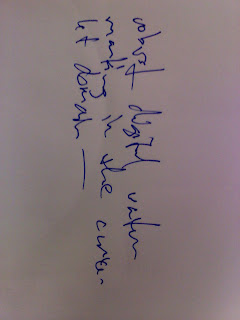 vigorously, they
can take it
...

or travel under
them)

I always eagerly search
the index of a new book
to find a name I cherish,
and then I go to the last
page on which that name
is mentioned to see what
memorable thing might
have happened at that
vanishing point.
...

A woman's body, cropped at the shins and seen in profile, leans to the left,
that is, forward. She may or may not be falling, and her slack face suggests
either sleepiness or the thrall of some sedative. A man stands right of her.
He is dressed in a tailored-looking suit. His arm is extended out toward the
woman, almost touching the small of her back, though if she is falling, it does
not seem likely that he will have any real chance of catching her. The woman
appears to be wearing the man's beige rain-coat. It is oddly draped, hiding
her body. The still-frame fades smoothly in and out, according to a precise,
automated sine-wave pulse: the image surfaces from the darkness, slides
across, on a temporal curve, an apex-point of brightness, and then immed-
iately becomes subject to a steady dousing. Correspondingly, the screen is
only caught in total blackness for an incalculable moment before the illumi-
nated forms emerge again. The moment fades in and out like that, for hours.
...

(In any event
if an object sees action
it under-
goes some portion of
said event.) 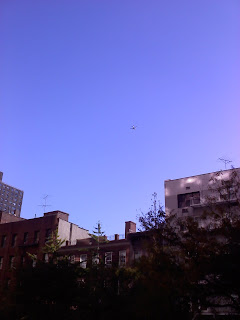 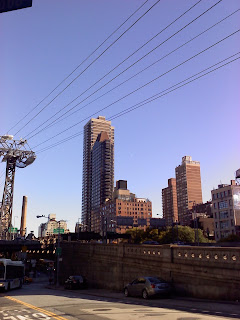 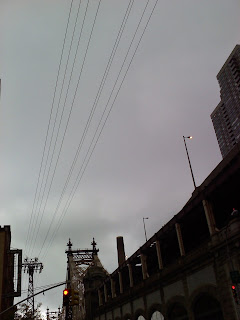 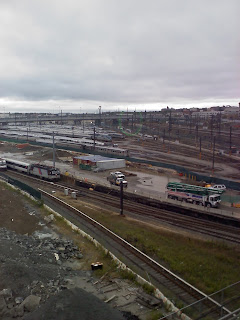 if you
really
think

there's
also so
much

with
those
pinkish-
gray