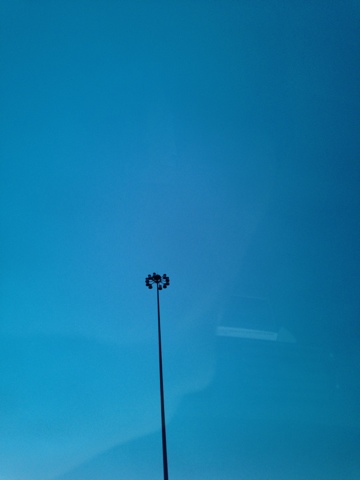 instill or
unspool, just
be my guest,
ellipsoid
pause
Posted by John Harkey/Felix Fardo at 5:50 PM No comments: 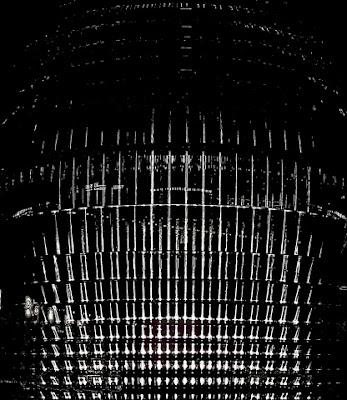 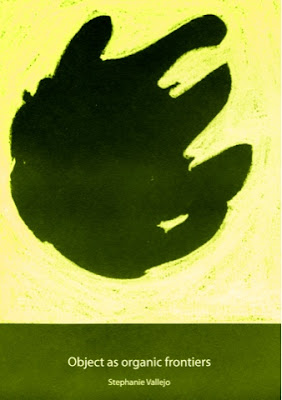 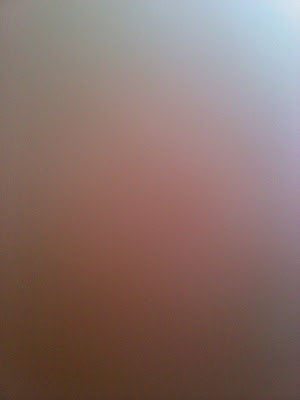 my friend imagined "a machine
that machine'd"

[that which] made you is [that

which] keeps you
still / slant-wise

in wreathed boom-bap / some

overlayed with mulch & shade
or uplift / to wit,

fury in the palm of your hand 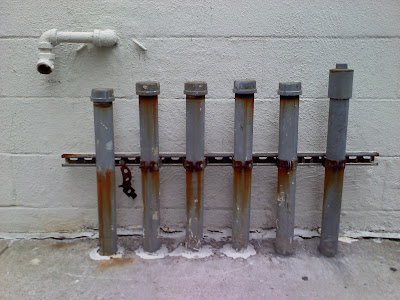 Instead of the sublime and beautiful, the near, the low, the common...That, which had been negligently trodden under foot by those who were harnessing and provisioning themselves for long journeys into far countries, is suddenly found to be richer than all foreign parts.

The literature of the poor, the feelings of the child, the philosophy of the street, the meaning of household life, are the topics of the time. It is a great stride. It is a sign, — is it not? of new vigor, when the extremities are made active, when currents of warm life run into the hands and the feet.

I ask not for the great, the remote, the romantic...I embrace the common, I explore and sit at the feet of the familiar, the low. Give me insight into to-day, and you may have the antique and future worlds.

What would we really know the meaning of? The meal in the firkin; the milk in the pan; the ballad in the street; the news of the boat; the glance of the eye; the form and the gait of the body; —

show me the ultimate reason of these matters; show me the sublime presence of the highest spiritual cause lurking, as always it does lurk, in these suburbs and extremities of nature;

let me see every trifle bristling with the polarity that ranges it...and the shop, the plough, and the ledger, referred to the like cause by which light undulates and poets sing...

the world lies no longer a dull miscellany and lumber-room...
there is no trifle; there is no puzzle...


--from Emerson's "The American Scholar" address 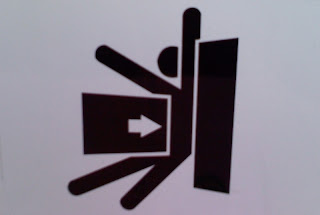 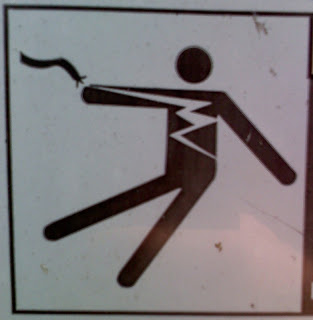 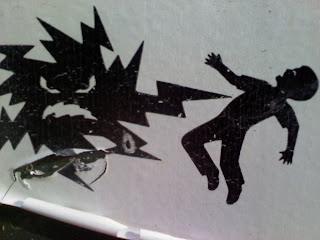 magpie alit, we found
the sound parts, held
to / worked from
ravens along the cliff's
edge, o and sparrows 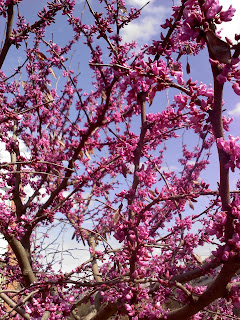 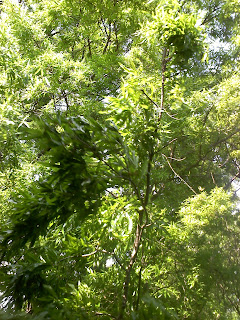 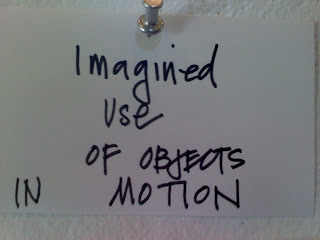 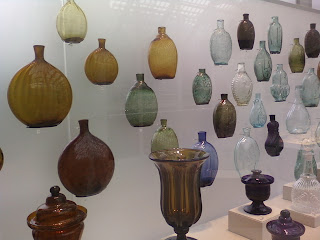 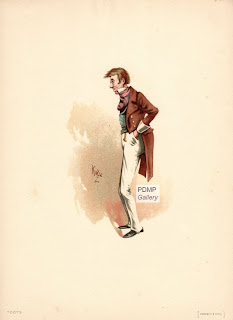 graced by glancing
blows no

one saw savor
but don't save

those sweet glassy
notes that

such a forth-
right flannelmouth

to circum-
stance, over-
sight, or timing
conflicts---

be given to
devilish mis-
con-

"let finish
come to
a haze"
Posted by John Harkey/Felix Fardo at 5:00 AM No comments: 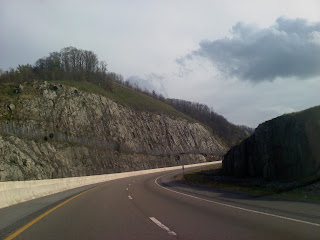 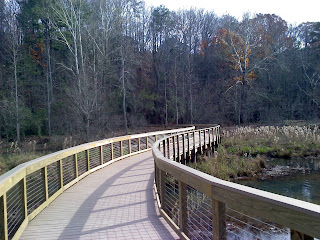 Whether he looked to one side of the road,
or to the other—over distant landscape,

with its smooth undulations, wind-mills, corn, grass, bean fields, wild-flowers, farm-yards, hayricks, and the spire among the wood—

or upwards in the sunny air, where butterflies were sporting round his head, and birds were pouring out their songs—

or downward, where the shadows of the branches interlaced, and made a trembling carpet on the road—

or onward, where the overhanging trees formed aisles and arches, dim with the softened light that steeped through leaves—

one corner of his eye was ever
on the formal head of Mr Dombey,
addressed towards him, and the feather
in the bonnet, drooping so neglectfully
and scornfully between them;

much as he had seen the haughty eyelids
droop; not least so, when the face
met that now fronting it. 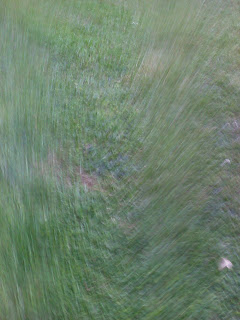 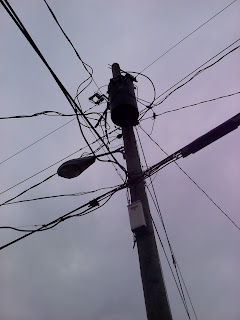 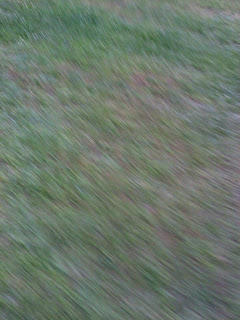 'We are dreadfully
real, Mr Carker,'
said Mrs Skewton;
'are we not?'
...
Mr Dombey
in the meantime
stood bolt
upright in the carriage
like a highly
respectable ghost,
looking on too;

while Cleopatra
and the Major dallied
as two ancient
doves might do. 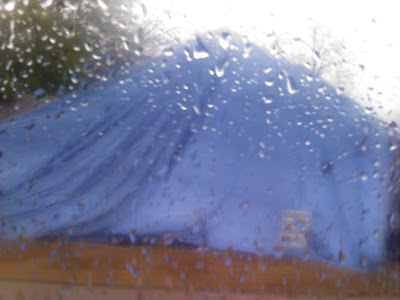 "Houses were knocked down; streets broken
through and stopped; deep pits and trenches
dug in the ground; enormous heaps of earth
and clay thrown up; buildings that were
undermined and shaking,
propped by great beams of wood.

Here, a chaos of carts, overthrown and jumbled together,
lay topsy- turvy at the bottom of a steep unnatural hill;
there, confused treasures of iron soaked and rusted
in something that had accidentally become a pond.

Everywhere were bridges that led nowhere;
thoroughfares that were wholly impassable;

Babel towers of chimneys, wanting half their height;
temporary wooden houses and enclosures, in the most unlikely
situations; carcases of ragged tenements, and fragments
of unfinished walls and arches, and piles of scaffolding,
and wildernesses of bricks, and giant forms
of cranes, and tripods straddling above nothing.

There were a hundred thousand shapes and substances
of incompleteness, wildly mingled out of their places, upside down,
burrowing in the earth, aspiring in the air, mouldering
in the water, and unintelligible as any dream.

Hot springs and fiery eruptions, the usual attendants upon
earthquakes, lent their contributions of confusion to the scene.

Boiling water hissed and heaved within dilapidated walls;
whence, also, the glare and roar of flames came issuing forth;
and mounds of ashes blocked up rights of way,
and wholly changed the law and custom of the neighbourhood."

Thus, clinging
fast to that slight
spar within
her arms,

the mother drifted
out upon the dark
and unknown sea

that rolls
round all
the world. 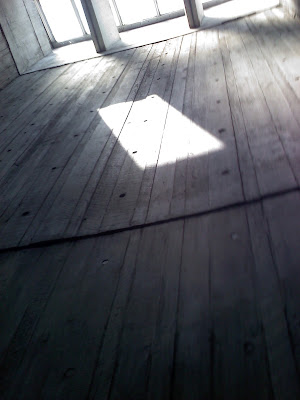 “Man is an inveterate and incorrigible meddler, never content to leave anything as he finds it, always seeking to alter and – as he sees it – to improve.” -- Christopher Lever

Older Posts Home
Subscribe to: Posts (Atom)
This is an electronic bulletin board.